We are all affected by intellectual property, online security, and internet law. Here, I present you with my talk on the subject.

Hello and thank you for joining me for this talk which is titled The law relating to the Internet is inadequate. It will primarily focus on UK law, but there will be references to other jurisdictions and what we think of as international law. I will refer to academic articles from Holland, Rhodes, Ramahi and Saadat — and other reliable sources. So, to begin with, what exactly is the Internet? Quite simply it’s a collection of computers connected to each other via a network serving up content to each other on demand.

History of the internet law, intellectual property, and online security

In 1971 the Internet was just two years old and had only 23 devices connected worldwide. Today, however, there are over a billion websites available on the Internet; millions of individual apps to download and new products and services are becoming available every day—all of which offer new ways to purchase products and services digital storage and different and innovative ways to share things and communicate with each other just to name a few.

In fact, for every single second of this presentation around 8000 tweets will be sent on Twitter 2000 people will make a new phone call using Skype 60,000 searches will be conducted on Google and almost 70,000 videos will be watched on YouTube. The law, on the other hand, has a well-established reputation for being conservative and very resistant to change, taking months or even years for new laws to come to pass. So how can the law possibly hope to keep up with something as fast-paced diverse and ever-changing as the Internet?

Larry Page himself said that the law could not be right if most of it were brought about before the existence of the Internet. The House of Lords have referred that the Internet has a perception of being something of a ‘lawless Wild West’; so today we go to discuss three key areas where we are all affected by the Internet to some degree and some underlying legal principles that run through each of these areas.

Possibly the most overarching legal principle underlying each of these areas as discussed in depth by Saadat, Ramahi and Rhodes is that of jurisdiction; because the Internet is available worldwide. Dubbed so as the ‘World Wide Web’ in 1984 there have been very few if any restrictions on who can serve up digital content to a citizen of a foreign jurisdiction. Saadat commented that the US Supreme Court reference the Internet as being in ‘cyberspace’ located in no particular geographical location but available to anyone anywhere in the world. Consider this for example in relation to the first of three areas that I will discuss that concerns all of us which is safety and security online.

If you receive an email or visit a website and make a purchase based on that, which jurisdiction is going to govern and protect that transaction? You may feel that there is a sense of security if both parties are based in the UK; however, the Office of National Statistics say that there are over 6 million cyber crimes a year and the consumer body Which? says that if you are duped in such a transaction and try to recoup the losses from your bank, it is the equivalent of asking your insurance company to restore your losses after you’ve left open your front door. The good news is if you can identify the other party they are in the UK they are obviously subject to all of UK and EU law which includes the Consumer Rights Act 2015 to protect consumers in purchases with businesses online and the Sale of Goods Act (1979 & 1982) still applies for business-to-business transactions or consumer-to-consumer transactions.

But the law is still unable to adequately protect victims of outright digital fraud as the Telegraph reported in 2016 a couple lost over £200,000 because a fraudster had gained access to their email account and emailed their solicitor with alternative bank details to receive a payment. The Computer Misuse Act 1990 makes this and many things like it a criminal offence in the UK but if the perpetrator—as they often are— in a foreign jurisdiction, not only would tracking them down be almost impossible but even if you did it would depend on the two jurisdictions being in agreement with each other as to the offence and as to an appropriate remedy which—as Rhodes discussed—is making it very difficult to achieve any remedy in this kind of case. So, safety and security online is an obvious concern in the UK, and the Office of Fair Trading’s research concluded that over 1/3 of UK citizens didn’t trust the Internet enough to do their shopping there.

The second of my three main areas of concern is that of privacy of personal data. Holland goes into great detail for what he calls the ‘privacy paradox’, which is where individuals do not wish to divulge their personal information and yet their actions and online behaviour have the opposite effect by sharing huge quantities of their personal information with lots of different companies and websites online. 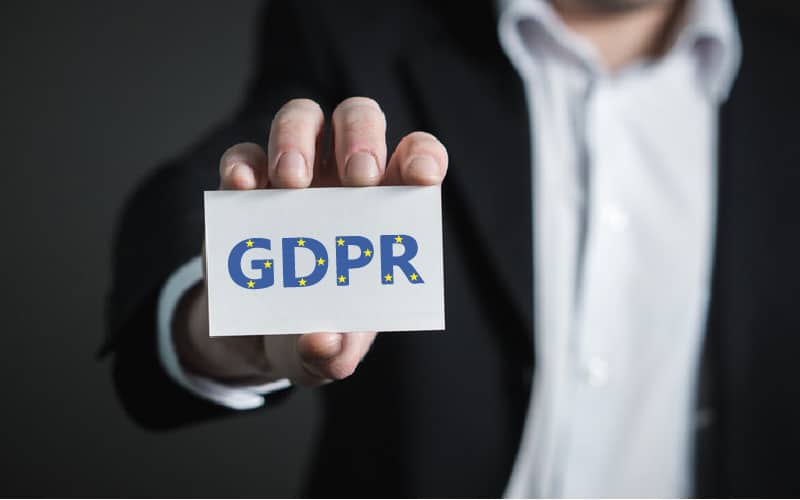 Now, while the Information Commissioner’s Office sets out certain rights and regulations with the handling of personal data in line with the Data Protection Act Gammell, nevertheless, reported the Citizens Advice findings that there are over 14,000 complaints of unwanted calls every month, and over 98% of people hadn’t consented to those calls and despite the rights outlined in the data protection act Prof Skilton said it’s almost impossible to determine whether we own any property rights in our personal information when we’ve given it to another party online. Holland concluded that we can only control our personal data to the extent that we conceal or manage its disclosure to the third party. Although the Information Commissioner’s Office requires businesses in the UK not to send data outside of the EU, and an EU directive implementation requires an opt-in consent for collecting data, Maras still believes that the differences in jurisdiction and relying on consumer consent presents a sufficient problem to suggest that the law is inadequately protecting privacy of data.

Indeed, the House of Lords that in 2007 that is unrealistic to leave the responsibility of Internet security with the individual user; and with the introduction of the Investigatory Powers Act 2016 many IT companies are concerned that this poses a significant threat to the security of their customers’ data, which they will be required to retain on their systems.

Strong evidence reported by the BBC showing that more than £193 billion a year of fraud is due largely to the growth of the Internet and it is also reported that Yahoo’s breach of security of more than 1 billion accounts, again shows how the law is simply inadequate to protect consumers data. 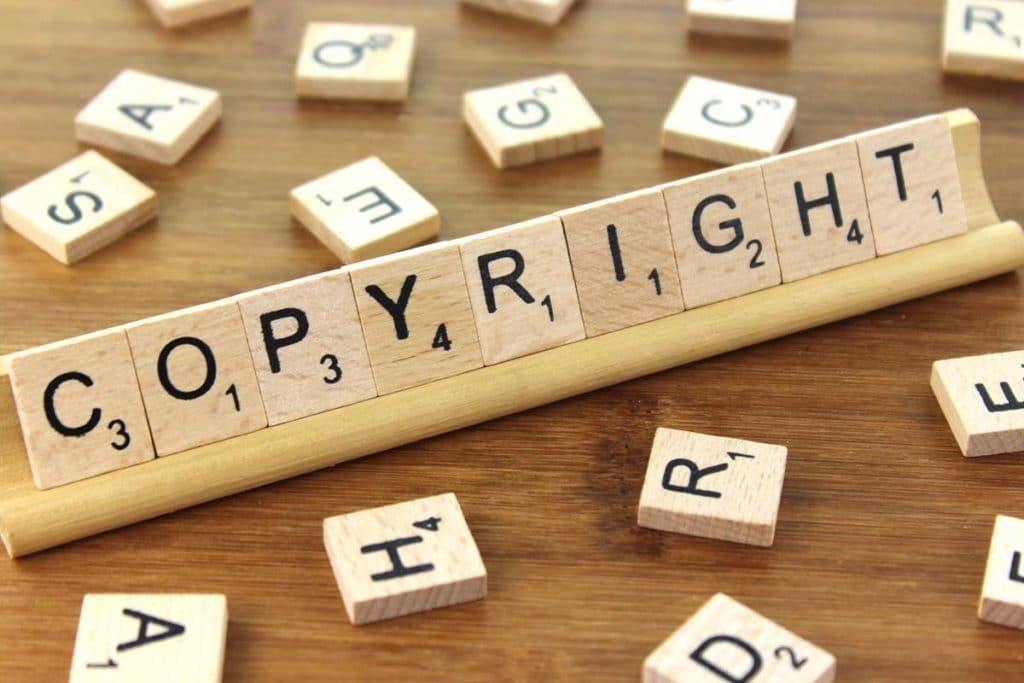 Third main area of concern is equally exposed to the dangers of the Internet that is of intellectual property—in other words, the rights to music, film, ideas, written content, and so forth; again although we have trademark and copyright laws in the UK Ramahi writes again that it is only as effective as it is limited to the jurisdictions to provide adequate protection for the rights holders for that copyright. Even with the Berne Convention administered by the World Intellectual Property Organisation (WIPO) set up specifically to protect literary and artistic works with 164 countries signed up to it the problem is still prevalent. As Williamson writes major film companies alone lose 2 to £3 billion a year due to copyright theft on the Internet showing that even with such laws in place it doesn’t protect the theft of intellectual property. Williamson also writes that the most suitable defendant is one that can be found, brought to court, and has the money to pay sufficient compensation. He concludes that not only is the current law not satisfactory but even complex statutory additions to existing law might still provide only a temporary and unsatisfactory answer because technology is simply moving faster than the law.

In some cases, intellectual property infringement such as domain name disputes the World Intellectual Property Organisation has a process called UDRP which offers an inexpensive way to seek a remedy for such infringement on a domain name. However, Mazeika describes the whole process as ‘flawed’ because the procedure allows for the infringing party to bring the case in their national court and halt the process; thus anybody in the UK would be halted in such a claim and left with perpetual difficulties in protecting their intellectual property.

Tranquada writes about the experiences of a former Hollywood executive with more than 40 years’ experience in the industry—now having become a lawyer—he believes that the Digital Millennium Copyright Act was designed to protect copyright has actually provided a safe haven for the likes of Google and YouTube, which brought worldwide attention in the case of Viacom v YouTube, which decided that even though there was knowledge of the infringing activity this was not sufficient to constitute infringement in and of itself. For UK Internet users not only are they required to agree to the YouTube terms of use but any of their intellectual property may be uploaded to YouTube and subject to the DMCA and not necessarily protected adequately in law.

As one final illustration Rhodes talks about an English case of Jameel (Yousef) v Dow Jones & Co. Inc. [2005] EWCA Civ 75 where the Court of Appeal said that they didn’t want to spend many resources on a case of defamation because they felt that there was so little at stake.

In conclusion, while there are some wide sweeping legislation and international Treaties in place the cross-jurisdictional nature of international disputes and modern application of old law renders the law simply inadequate to deal with the modern complexities of the Internet and offer sufficient remedies.

I hope you enjoyed the talk and thank you very much for your kind attention.

If you have an intellectual property law issue, you will need to contact a specialist Intellectual Property Barrister

CECIL, A. 2014. Taking Back the Internet: Imposing Civil Liability on Interactive Computer Services in an Attempt to Provide an Adequate Remedy to Victims of Nonconsensual Pornography. Washington and Lee Law Review, 71, 2512-2556.

INTERNETLIVESTATS.COM. 2016. in 1 second, each and every second, there are… [Online]. Online: InternetLiveStats.com. Available: http://www.internetlivestats.com/one-second/ [Accessed 12/2016].

LEVINE, R. 2016. The ‘Right to Be Forgotten’ and Other Cyberlaw Cases Go to Court [Online]. Online: Bloomberg. Available: https://www.bloomberg.com/news/articles/2016-06-23/the-right-to-be-forgotten-and-other-cyberlaw-cases-go-to-court [Accessed 12/2016].

MAZEIKA, A. 2014. The current challenges faced by the law relating to intellectual

property and consumer protection in the sphere of internet

scheme provide an adequate protection to domain names under the

RHODES, P. 2010. Defamation on the Internet: an analytical study of defamation law and the Internet in England and

STATISTA.COM. 2016. Number of apps available in leading app stores as of June 2016

WHICH? 2016. How to get your money back after a scam [Online]. Online: Which? Available: http://www.which.co.uk/consumer-rights/advice/how-to-get-your-money-back-after-a-scam [Accessed 12/2016].

Saadat, ‘Jurisdiction and the Internet after Gutnick and Yahoo!’, 2005 (1) The Journal of