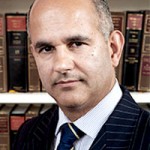 Sunil was called to the Bar in 1983 and has extensive experience across a wide range of criminal work. He practised for approximately 25 years in sets of chambers in London where he both defended and prosecuted in courts ranging from Magistrates’ Courts to the Court of Criminal Appeal.

Sunil started his criminal practice in Magistrates’ Courts where he used to prosecute court lists, including road traffic cases, for the Crown Prosecution Service. Within a relatively short period he was placed on the Attorney General’s ‘C’ list of prosecution advocates. Thereafter he was also instructed to prosecute for HMRC, the Department of Work and Pensions and for other government agencies.

Over the years he built a reputation for the meticulous preparation of cases and first class advocacy. Consequently, he was promoted from the ‘C’ list to the ‘B’ list and then to the ‘A’ list of prosecuting advocates. At this level he would routinely be instructed to prosecute grave and complex cases including frauds (VAT, mortgage, benefits, employee), importation and exportation cases of prohibited goods (from drugs to firearms), public order offences (riot, affray etc), offences of violence (assaults, causing grievous bodily harm with intent etc), and, dishonesty offences (theft, burglary, robbery etc). As an independent barrister he would also appear on behalf of the defence in a similar range of cases. Therefore, Sunil is highly experienced across a wide spectrum of criminal law.

I have known and instructed Mr Rupasinha for many years. He is a very able and experienced criminal advocate. He has always made a very good impression with my clients especially after they have seen him perform in court. He is an outstanding cross-examiner (I have witnessed this for myself), is as sharp as a tack, and, is very good indeed at taking technical points. In fact, if I were a member of the public, who found myself being prosecuted for a road traffic matter, I would ask Mr Rupasinha to represent me.

Over a period of four years, I instructed Sunil on a number of cases involving proceedings both before the Magistrates’ Court and the Crown Court. I always found Sunil to be conscientious and reliable. He was always well prepared for any occasion whether appearing in court or advising in conference. He quickly establishes a good rapport with clients. Sunil is a persuasive and effective advocate in court.

I was found to have been speeding at over double the speed limit (over 60mph in a 30mph zone). Avoiding a driving disqualification was essential from an employment perspective. Following representation by Mr Rupasinha I was made to feel at ease from the outset and thereafter felt very confident throughout my case with his manner of working. He was able to constructively put my case across in court with, what I would say was, great effect. I was helped and guided throughout the process by him and strongly believe that without his representation the result I obtained in court would not have been at all possible (a disqualification was avoided). I therefore highly recommend Mr Rupasinha’s services to anyone who requires excellent representation and the best possible chance of a positive result.

We do accept instructions from Solicitors.